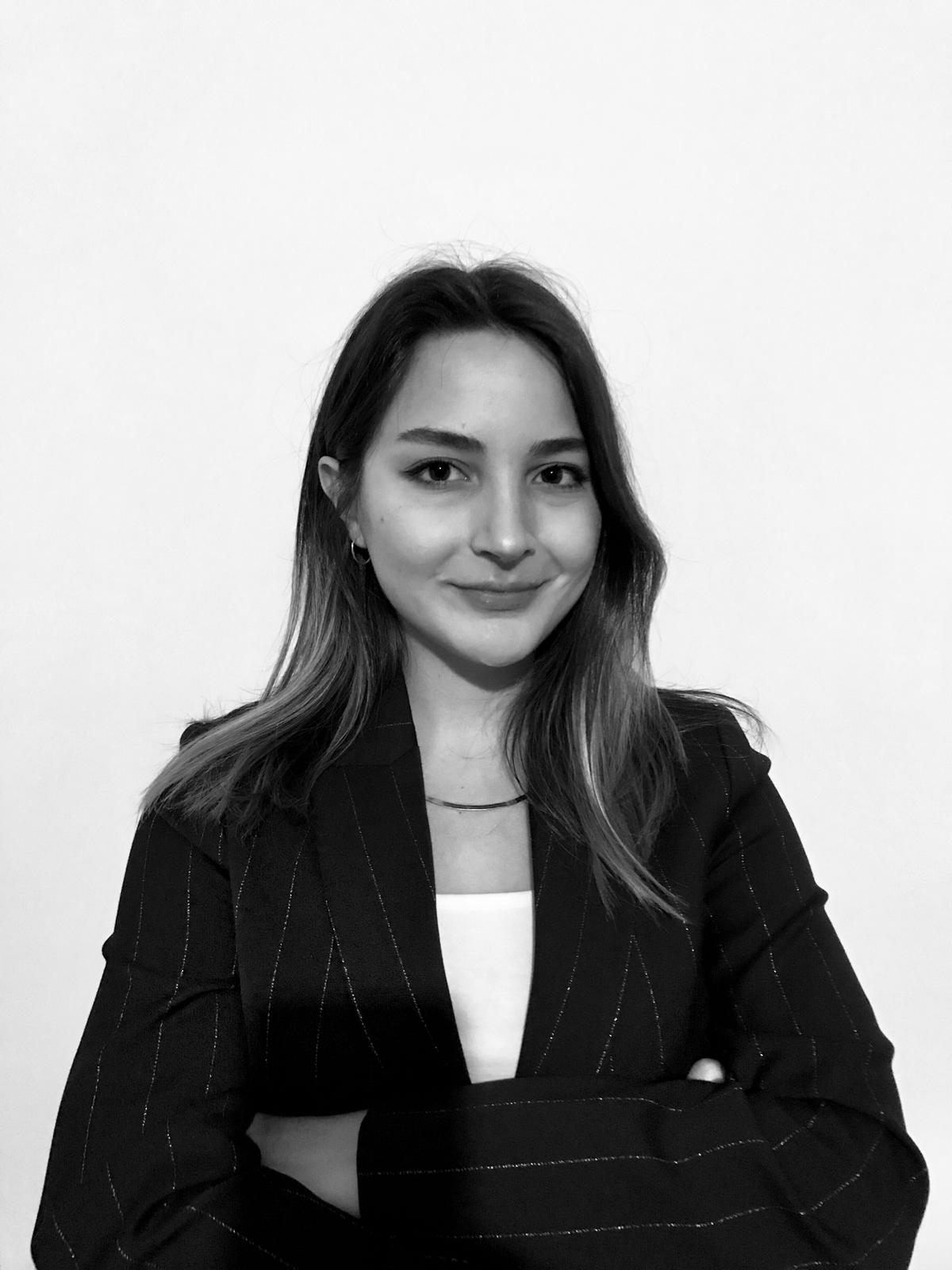 Berfu worked at the various companies, law firms and bank such as Ernst&Young (EY Turkey), Qnb Finansbank, Gokce Attorney Partnership and Ergün Law Offices as the student intern during her education period.

She joined Yazıcıoğlu Attorneys at Law in 2019 as the legal intern. 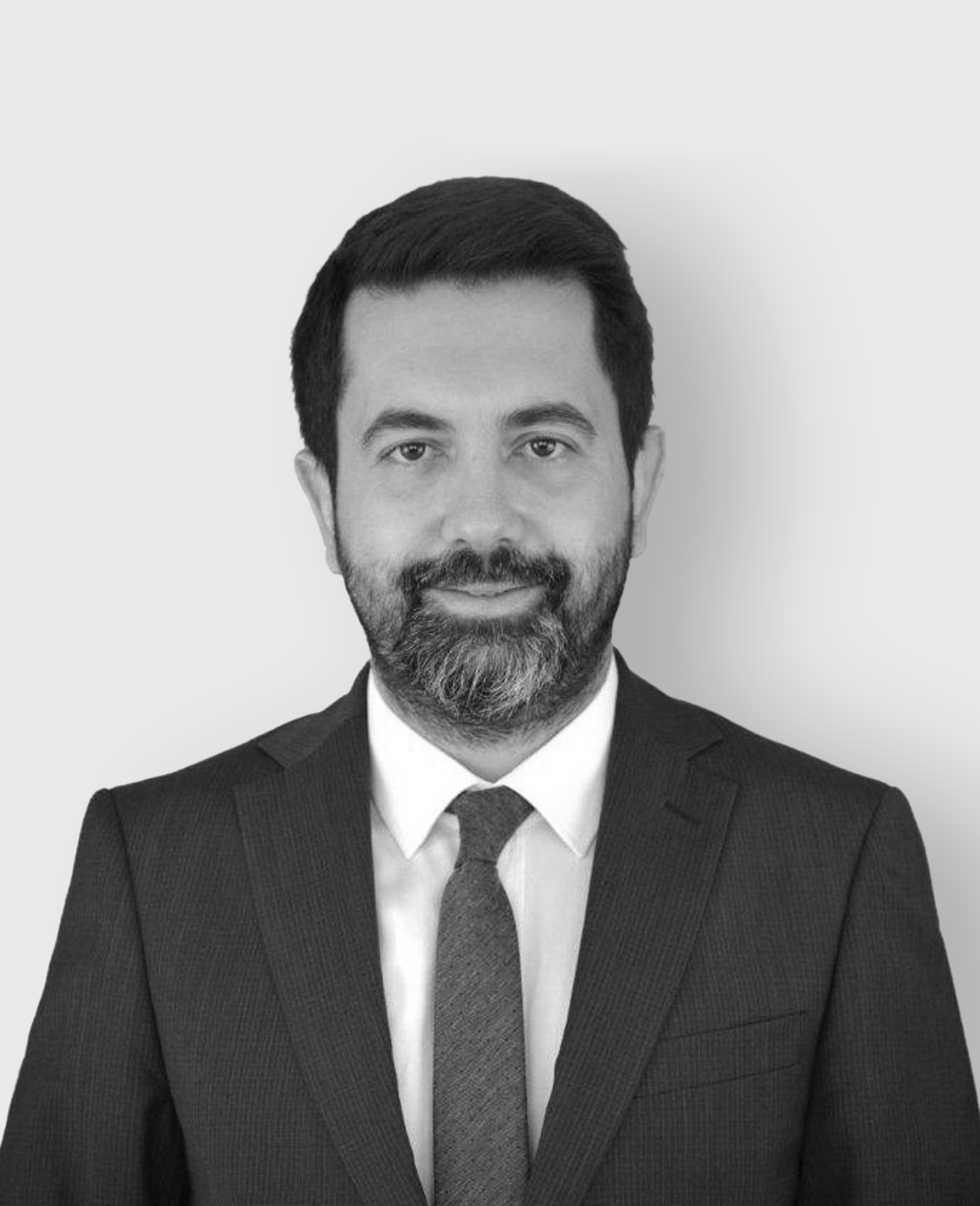 Bora Yalimer is a gradaute of Istanbul Highschool. He obtained his LL.B. degree from Marmara University (2005) and his LL.M. degree from Ludwig-Maximilians University of Munich (2008).

He has over 10 years of experience advising national and international clients on dispute resolution and commercial contracts.

Bora Yazıcıoğlu is a graduate of Kadikoy Anatolian High School. He obtained his LL.B. degree from Istanbul Bilgi University (2005) and his LL.M. degree on European and International Business Law from Leiden University (2010). He studied on full scholarship in both universities.

He started his career at Yarsuvat & Yarsuvat Law Firm, established by Prof. Dr. Duygun Yarsuvat. He then worked for SNR Denton as an associate and as a partner in Gokce Attorney Partnership. He founded Yazicioglu Attorneys at Law in 2016.

He is listed as a leading individual in IT and Telecoms Law and a recommended lawyer in Media and Entertainment Law in The Legal 500. He is also listed as a Ranked Lawyer in Technology, Media Telecommunication (TMT) in Chambers and Partners.

The Legal 500 referred to him as “Yazicioglu has intensive experience in IT-related matters.” Chambers and Partners wrote “Bora Yazicioglu is widely admired for his expertise in IT issues, notably regulatory, data protection, outsourcing and e-commerce matters.”

‘Mr Yazicioglu helped us to change and improve some of our business processes including data collection, contracts, approval letters and other materials to comply with the law’.

‘Bora Yazicioglu has an in depth expertise on TMT and he can provide to the point advice considering all aspects of the matter’. 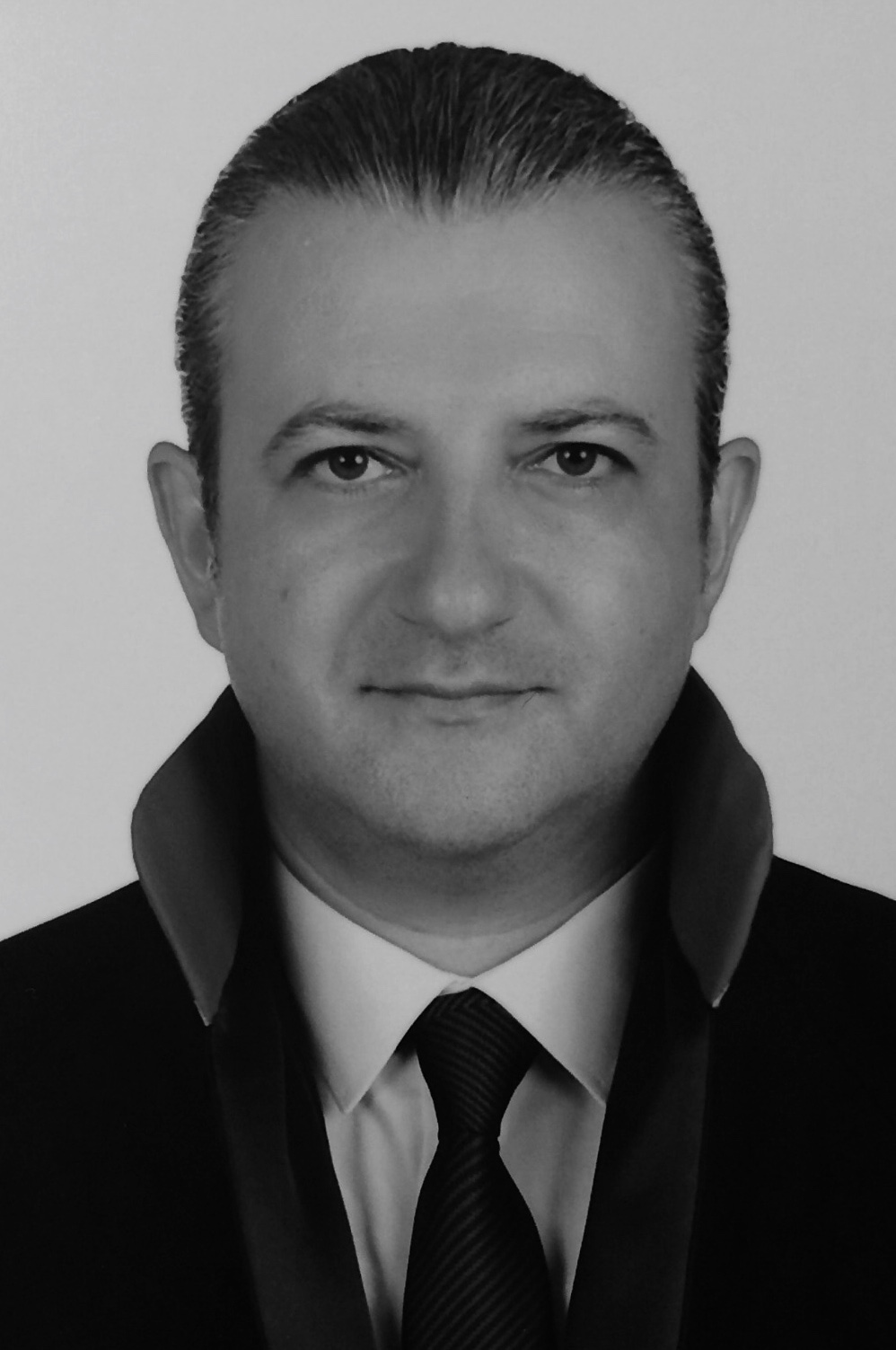 Prof. Dr. Emre Esen obtained Bachelor’s degree from Istanbul University Law Faculty (1999); his LL.M. degree with his thesis on “Enforcement in Turkish Law the Decisions Rendered within the Context of German Law on Orders for Payment (Mahnverfahren) Procedure” (2002); and his PhD degree, with his thesis on “Extension of Arbitration Agreements to Non-Signatories in International Commercial Arbitration” (2008) from the same university.

Dr. Esen is as an associated professor at Istanbul University Faculty of Law. He gives lectures in this university since 2000. His lectures include “Recognition and Enforcement of Foreign Judgments”, “Private International Law”, “International Civil Procedure Law”, “Nationality Law and Foreigners’ Law”. Furthermore, he gives lectures to LL.M. and PhD. students on “Arbitration and Other Alternative Dispute Resolution Mechanisms in International Trade”.

Dr. Esen also acts as an arbitrator and also as a legal expert appointed by the parties or by the courts in court files. 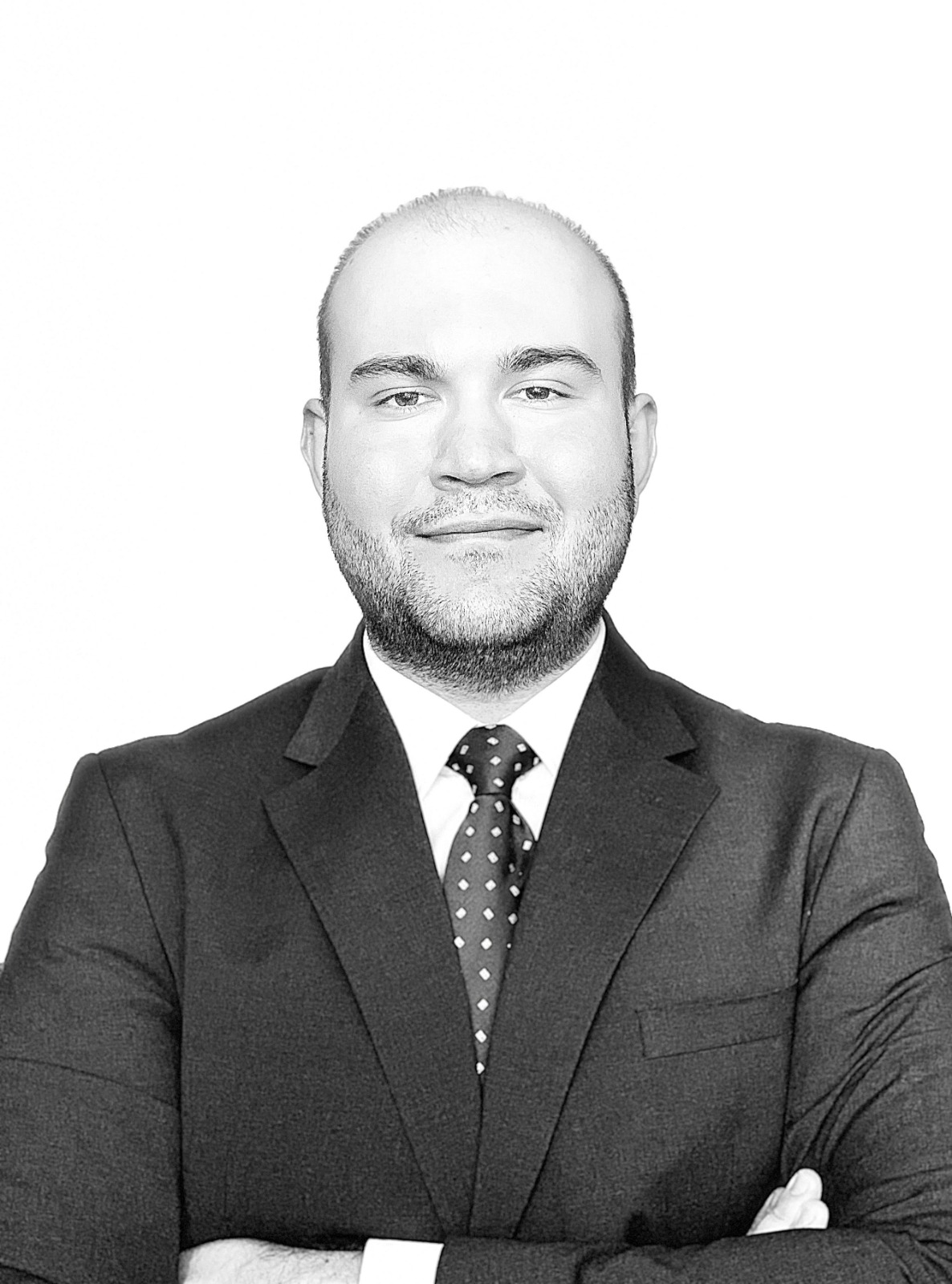 Metehan Şener obtained his LL.B degree from Yeditepe University Law School, where he studied on a scholarship. (2018).

Metehan Şener worked on data protection, Labor Law and Property Law in Izmir between 2018 and 2020. He joined Yazıcıoğlu Attorneys at Law in February 2020.

Nevzat Ali Anı obtained his LL.B degree from Istanbul Fatih University Law School, where he studied on a scholarship based on his 4th position in national university exam. (2015),

He obtained his LL.M. degree from Istanbul University in 2018 with his thesis titled “Processing of Personal Data and Explicit Consent” (2018).

‘Nevzat Ali Anı is an highly qualified professional especially in GDPR, information technology law, and compliance’.

‘Mr. Ani helped us to change and improve some of our business processes including data collection, contracts, approval letters and other materials to comply with the law’. '

Dr. Kurşat is as a professor at Istanbul University Faculty of Law. He has been lecturing in this university since 2000. His lectures include “Contracts Law”, “Property Law”, “Law of Persons”, “Law of Succession” and “Medical Law”. Furthermore he gives lectures to postgraduate and PhD. students on various subjects such as “Construction Agreements” “Lease Agreements” and “Expropriation Law”.  Dr.  Kurşat’s publications include four books and several articles.

Dr. Kurşat was a visiting scholar in Albert Ludwigs University, Germany for one year and American University Washington College of Law, the USA for another year.

Dr. Kurşat advises clients on contracts law, liability law, property law, consumer protection law and construction law. He works as a legal expert at certain courts on the same fields. He worked as a counsel for Gokce Attorney Partnership between 2011 and 2016; then he joined Yazıcıoğlu Attorneys at Law in 2016.

Dr. Kurşat also holds a position as an arbitrator of the Turkish Football Federation Dispute Resolution Board. He is currently the President of the Turkish Sailing Federation’s Disciplinary Board.

Zeynep is a graduate of Uskudar American Academy and Istanbul University Law School (2006).

Zeynep Inal focuses on corporate and banking/finance matters. She has extensive experience in structured finance, project finance, loan agreements and M&A deals. Zeynep worked for Eryürekli&Fidan Law Firm and Somay Law Firm between 2006 and 2011. She was a partner to Gokce Attorney Partnership between 2012 and 2016; then she joined Yazıcıoğlu Attorneys at Law as a counsel in 2016.